Within 1.84 billion daily active users, Facebook is a valuable platform for marketers. In fact, 10 million advertisers already use the platform to meet their marketing goals.

There are various types of ads you can run on the platform to meet different needs, like lead generation ads, videos, or carousel ads. However, regardless of the ad you choose to run, each has one thing in common: they cost money.

In this post, learn about CBO, a specific type of budgeting option on Facebook, the benefits it can bring to your campaign marketing, and how to use it on Facebook ads manager.

The most significant benefit to CBO is that your campaign spending is optimized for top-performing ad sets. You’re not spending equal amounts on poor-performing and high-performing ads but instead spending more money where you’re going to maximize ROI.

In addition, the process is automated — an algorithm learns from your campaign goals and the ads you want to run and distributes money without you needing to do anything. With other processes, like ABO, changes need to be made manually.

Ad Set Budget Optimization, or ABO, is when you create a set budget for each ad set, and each receives the same amount of money, regardless of performance. It’s not an automated process, so you need to track performance and make necessary adjustments on your own.

With CBO, you set an overall campaign budget, and an algorithm distributes money to different ad sets based on what it deems will perform best. As a result, different ad sets may receive more money. The image below is a graphic that shows the difference between CBO and ABO on Facebook.

For example, if your overall budget is $100 and you have four ad sets, each ad set will receive $25 with ABO. With CBO, a campaign budget of $100 will be distributed based on opportunities for high-performance, so one ad set may receive $25, another $35, another $20, and another $20.

Setting up Facebook CBO is a relatively straightforward process, and we’ll outline the steps below.

4. Select your designed campaign objective from the pop-up menu (as shown in the image below). 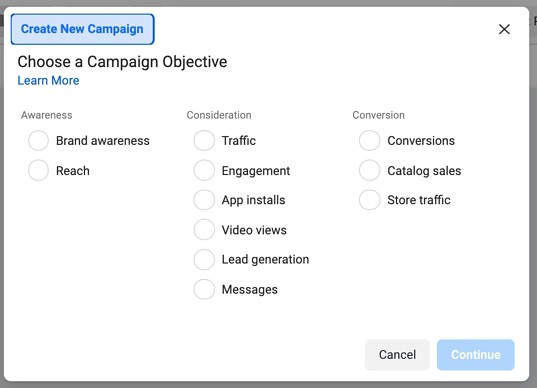 5. Scroll down to the bottom of the page and toggle the Campaign Budget Optimization button into the on position, as highlighted in red in the image below. 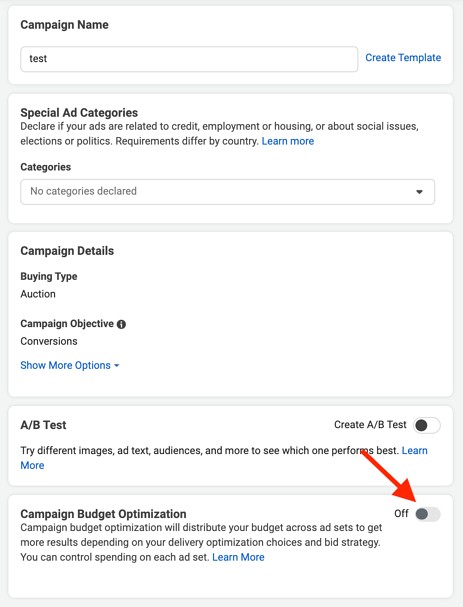 6. Once toggled into the on position, you’re prompted to specify whether your campaign budget has a daily spend limit or if it’s an overall lifetime budget (as shown in the image below). 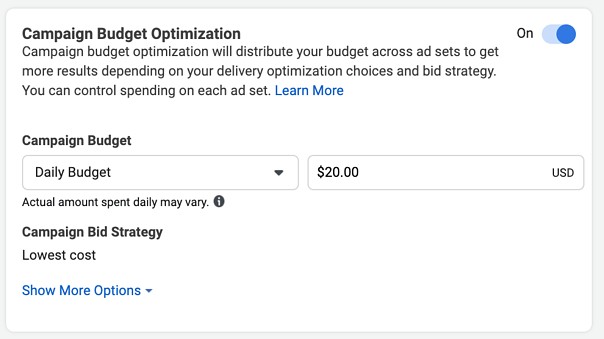 7. Select your campaign bid strategy, which is how you want your budget to be spent. 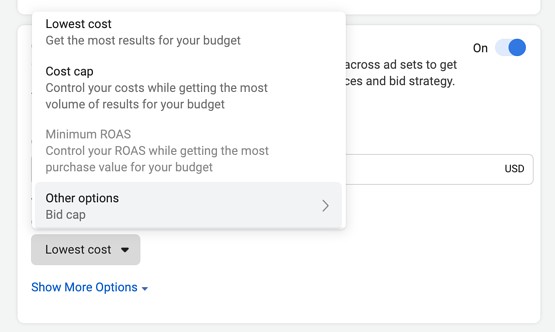 Should you choose to use CBO, it’s essential to follow best practices.

Let’s go over some best practices for using CBO, according to Facebook.

Facebook notes that exceeding 70 ad sets limits the number of edits you can make after publishing and also causes the algorithm to take more time to learn from your data and optimize your ad spend for higher performance.

CBO is an automated system, so your campaign budgets are distributed based on active ads. If you pause certain sets, their data does not get factored into the algorithmic decision process, and it will allocate your budgets elsewhere. If you leave ads paused for too long, it’s possible that spending will be used up, and your paused ads won’t run.

CBO is most powerful when the algorithm has free reign to learn from data and metrics. If you set too many limits on ad spending, like daily budgets, the algorithm has less flexibility, and your budgets will be less optimized.

If you prefer to set stricter limits and optimize per ad set, Facebook recommends using ABO.

5. Input all changes in bulk.

Facebook says that it takes significant time for campaign changes to go live when using CBO, so it’s essential to make all adjustments in bulk to minimize downtime.

CBO Helps You Optimize And Save Time

Using Campaign Budget Optimization on Facebook helps save you time through automation and ensures that your spending on the platform is optimized for best results. If you decide it’s right for you, consider the best practices and begin creating your campaign in Ads Manager.