You would think print advertising is void of innovation today, but that's actually not the case.

In fact, many brands are finding new ways to merge the digital and physical world through magazine and newspaper ads.

To give you a sense of how businesses today are incorporating print ads into their digital strategy, we've collected 17 print ads that'll make you rethink the word "traditional."

If you've ever wanted to speed up the beer-cooling process, you'll understand the allure of this print ad from Glacial. You soak the ad in water, wrap it around the bottle, and put it in the freezer. The print ad was made with salt particles, which reduce the freezing point of water.

This print ad won the Mobile Grand Prix at Cannes in 2014. The ad includes a wristband you could attach to your children as they run around the beach. The app lets you set a distance and receive alerts if your children wander beyond the limit. 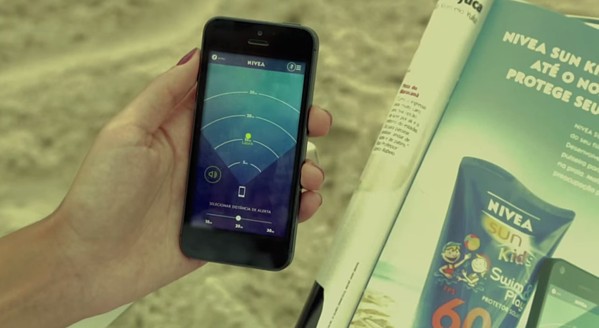 UTEC, an engineering and technology university, wanted to recruit more students. Instead of placing the smiling faces of young graduates on a billboard, it created an ad that pulled moisture out of the air in Lima, Peru, which sees very little rain each year.

The brand teamed up with Wired to promote the Moto X's customization. People could change the color of the phone by pushing buttons. 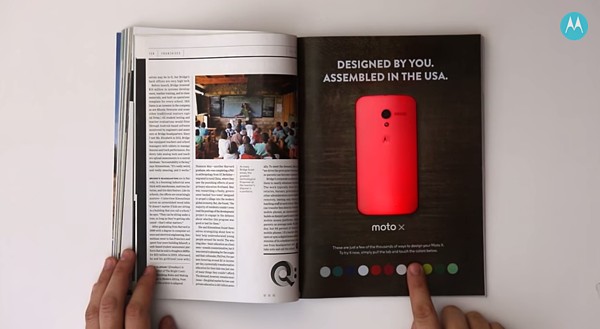 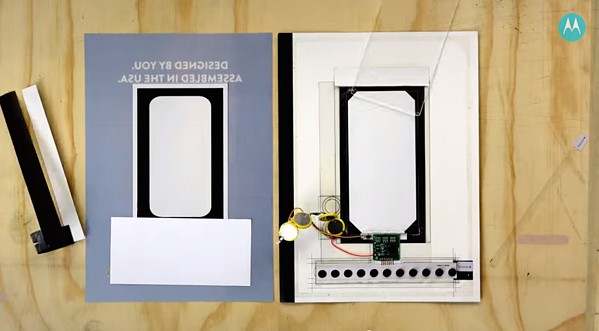 Kontor Records wanted to get the attention of creative advertising professionals. Instead of mailing out the latest CD, it sent a vinyl record via email to its mailing list with a paper turntable that could be played with an iPhone. 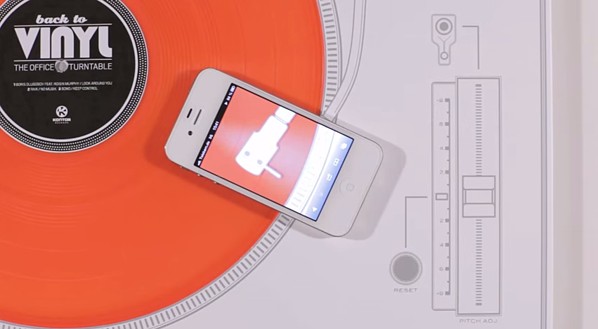 This print ad for the car brand features a one-page interactive print ad with a front view of the car that asked people to hit the ad. The spread following it included a mini air bag that inflated when hit. 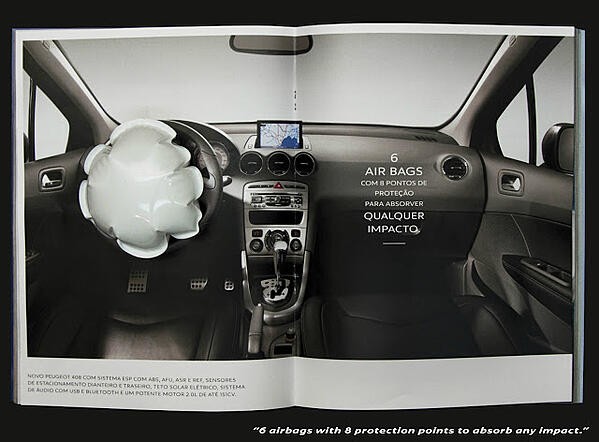 In 2013, Lexus released an ad that, when placed over an iPad, revealed the car in action with different backgrounds and music.

Why advertise lamps when you can give people an ad that transforms into a lamp? Lladro print ads act like a pop-up book, allowing people to create their own lamp shape by mounting the paper in a corner. 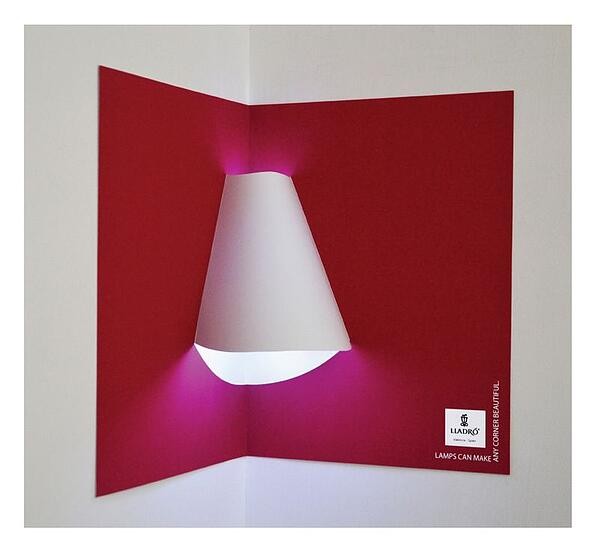 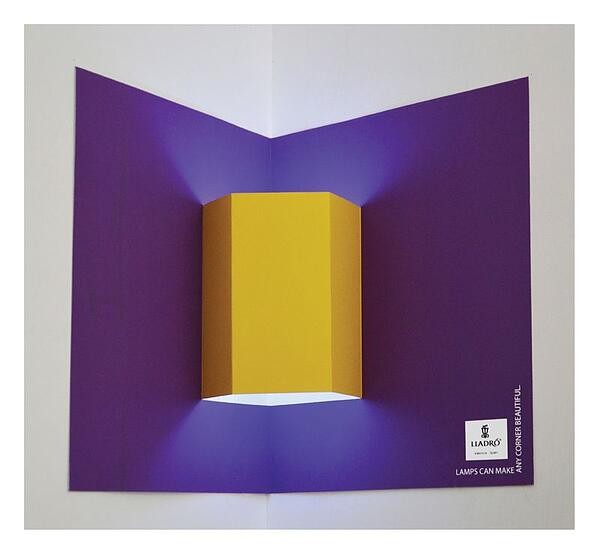 While freedom of the press is guaranteed in countries like Norway, Sweden, and the United States, not all countries make the same promise to its reporters.

That's why Reporters Without Borders, a non-profit organization, created an interactive print ad to discuss the importance of the freedom of the press.

The campaign featured large portraits of three controversial world leaders against the freedom of the press. To interact with it, readers could scan the QR codes placed at the bottom of the ad. Once activated, journalists began talking about the dangers of being a reporter.

Volkswagon published a three-page spread so readers could take a test drive. You could download an app and can try out different features, including the "Lane Assist" mode that would cause the phone to vibrate when it got too close to one side of the road. 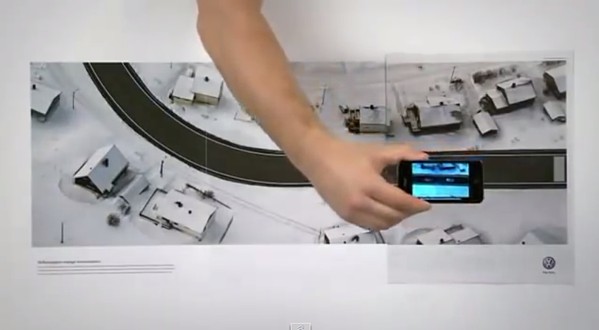 The telecommunications company highlighted its 4G wireless speed with a print ad that served as the game board for an iPhone game. 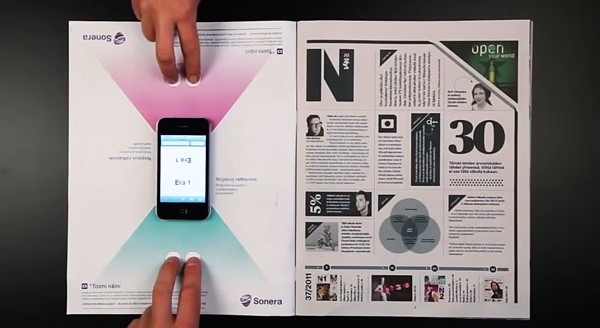 Fashion retailer C&A published a print ad in customized magazine editions that were linked to a person's Facebook account. Readers could Like their favorite looks on Facebook by pressing the button in the ad. The data was then sent to a leaderboard in the store. 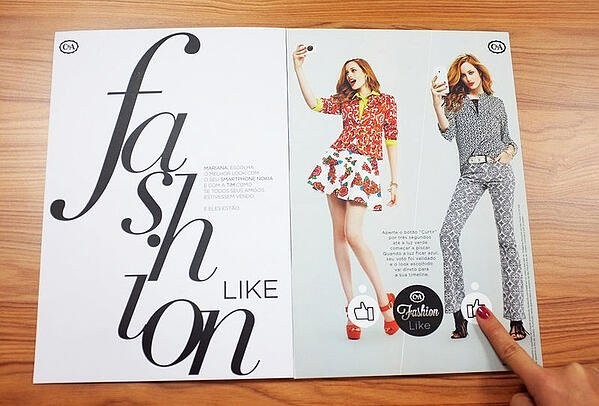 To promote its sunscreen products, Nivea created a print ad with a solar panel that could charge a cell phone. 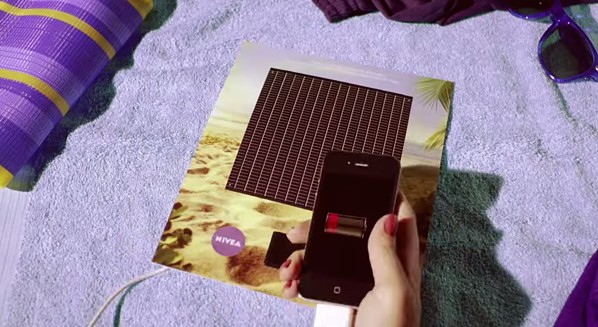 An Israeli energy company launched this print ad to promote green energy. The print ad just seems like a simple black-and-white drawing. However, when you hold it up to sunlight, vibrant colors appear.

The CW published this print ad in Entertainment Weekly in 2012. The ad featured a LCD screen that is updated with videos from the network and a stream of live tweets. 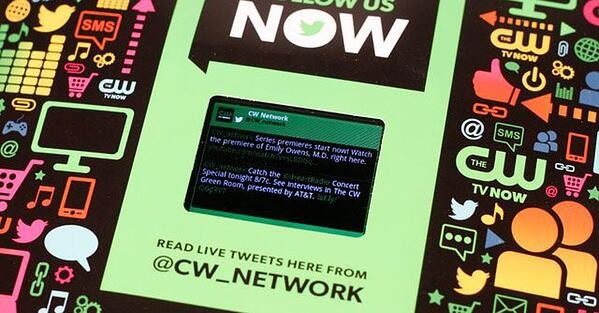 When tourists and locals are walking around in the heat of the summer, they probably want to cool down. Lipton took advantage of that in its interactive print ad at a bus stop.

Lipton's ad, known as the "Cool Down Stop," had a button that passersby could press. Once pressed, users were lightly misted with cold water -- a nice break from the heat.

When Kentucky Fried Chicken ran out chicken to serve at its restaurants -- a PR nightmare -- the company had to apologize to the public.

Instead of posting an apology on social media, its media and marketing agencies decided to focus on a print ad that worked in conjunction with a website page online where readers could get more information.

The print ad was a genius move, using humor and humility to relate to its customers with its apology. 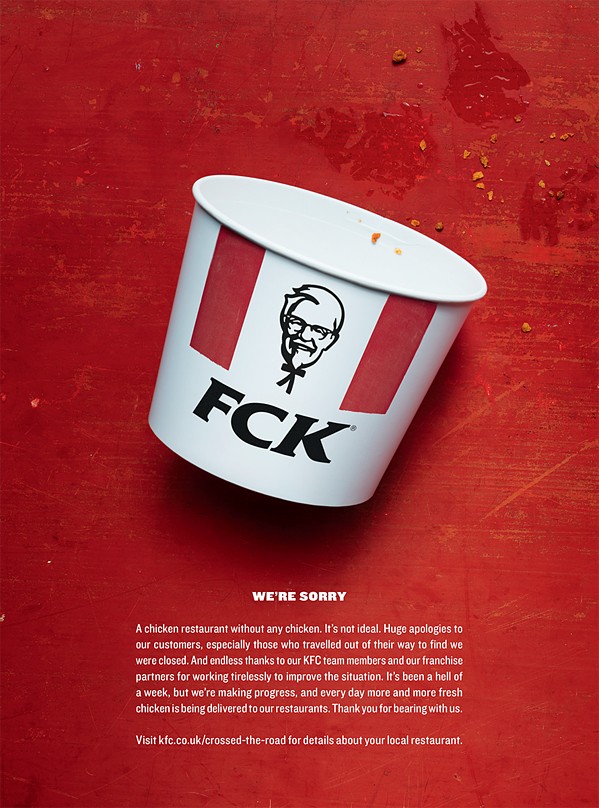 Digital content has been the strategy of choice for marketers for more than a decade now, but that doesn't mean print ads are extinct. It just means brands must be much more creative with the stories they tell on paper.

Ready to revamp your approach to advertising? Try HubSpot's ad product for free below.

Editor's note: This post was originally published in March 2015 and has been updated for comprehensiveness.